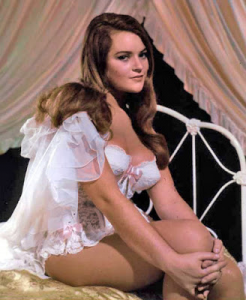 Dana Gillespie is a singer, an actress, a songwriter. She has been a radio person and a theater artist as well. She was also a sportsperson once British junior water-skiing champion. Dana has given many stage performances too.

First recording: at the age of 15, she recorded for Pye, with Donovan on guitar

Type of music: folk in the 60s, Bowie-esque glam-rock in 70s, and today the raunchy in-your-face blues.

Sit coms: ‘Til Death Do Us Part and Mum’s Boys.
More recently she has been on Pebble Mill and TV AM, William Tell, The Bill and Sunday Pursuit.

The British Blues Connection and Blueprint Magazine voted Dana as ‘‘Top British Female Blues Vocalist‘ between the years 1992 and 1996.

Dana is indeed an International Blues legend. Dana has been singing blues from a very early age. She has been into singing for over 45 years.
Dana says: “I discovered the blues when I went to the American Folk Blues Festival in 1962 and also to see the Yardbirds at the Marquee Club. I was in my early teens and hadn’t heard anything like it before – blues wasn’t easily available in the UK back then”. “Blues was my first musical love because it’s earthy, spiritual and honest.”
“I believe the blues should be sung by an older person because it’s about emotions and experience. I couldn’t do justice to it when I was younger because my voice didn’t have the edge it needed to convey the emotion, nor did I have the first hand experience to sing about blue themes convincingly”, she adds.

After a wrap of singles on Pye and two LPs for Decca, Dana enthused to RCA and made WEREN’T BORN A MAN in 1973. 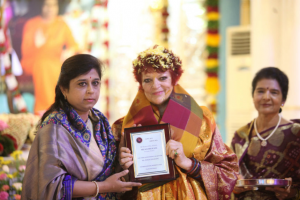 Dana has got three albums recorded in Sanskrit, under the pseudonym THIRD MAN.

Dana’s Book: Mirrors of Love. Through this book dana has worked together with the world famous Austrian artist Jorg Huber. A CD of the book is also available.