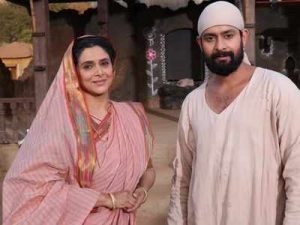 Abhishek Nigam was last seen in Big Magic’s Akbar.  He is playing the character of young Sai Baba.  Abhishek is currently playing the role of Bindusaar in Chandra Nandini.

The famous Marathi actor Vaibhav Mangle, known for his stint in movie Timepass, will portray the antagonist as Kulkarni in the drama.

Mere Sai is scheduled to start from 25 September at 7.30 pm on Sony Entertainment Television Channel.

Mere Sai Serial will potray the story of Sai Baba who is believed to be God.  Toral will portray the character of Bayaza bai.  Few are aware of the deep bond that existed between Bayaza bai and Sai. The Godman Sai considered Bayaza bai to be her sister for the last seven births.

Bayaza, whom the locales addressed as Bayaza Maa was drawn to baba much before his saintly powers were revealed. Since the time they first met, she would never eat without feeding Sai. And because Sai’s considered Bayazabai to be his sister, he took care of Bayaza’s son Tatya Kote as his nephew.
As a child Tatya addressed Baba as “Mama” but with age the relationship drifted towards an elder brotherly side. They would wrestle and have a lot of fun together.
Because of his proximity to Baba, very few people enjoyed the privileges that he did for instance, only Tatya and Mahalsapati were allowed to stay with Baba in the Mosques at night.