For shooting the particular sequence, actor Puneet Sharma aka Lakhan had to undergo a look change where he dressed up as Gayatri.
Lakhan will team up with Gayatri by dressing up like her, and will cover his face to mislead Kaal and Badi Rani Maa who want to use Ranaji’s (Siddhant Karnick) body for a vicious motive. While Lakhan will deceive the duo, Gayatri will perform the last rites peacefully. 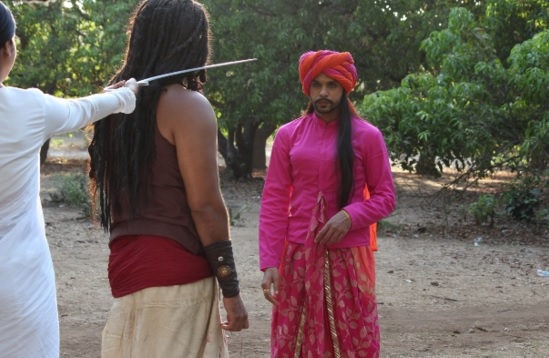 Actress, Shivangi Sharma is all set to enter the show in a pivotal role.

She will be playing the wife of the ruthless and brutal Kaal (Chetan Hansraj). Where in the story, Kaal is the antagonist, Shivangi will be playing the character of Ambika; a positive character who will be dominated by her husband.
Her entry is supposed to be scheduled when Kaal will be victorious over Amerkot becoming the king. 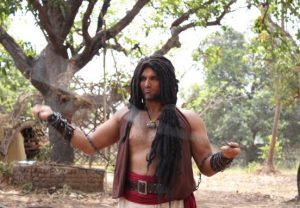 Actor Chetan Hansraj  who is one of television’s most sought-after villains will soon make an entry as the main antagonist. He will be seen playing the role of Kaal’ who is a hired mercenary and Badi Rani Maa‘s (Surekha Sikri) ally. He’s come with an intention to rule Amerkot. The actor who has always impressed the viewers with his breathtaking performances will be seen in a bare-bodied tribal avatar in the show.

According to the latest update, Drashti Dhami quit her popular show ‘Ek Tha Raja Ek Thi Rani’ as she was not ready to play mother in the show. Also, show’s lead actor Siddhant Karnick left the show for the same reasons.  The show is all set to take a leap and according to sources, Drashti Dhami might be seen again in ‘Ek Tha Raja Ek Thi Rani’ as Gayatri and Ranaji’s grown-up daughter. Supposedly, Gayatri’s daughter will be her look-alike and would teach Badi Rani Maa a lesson.